I ran across bait this morning. 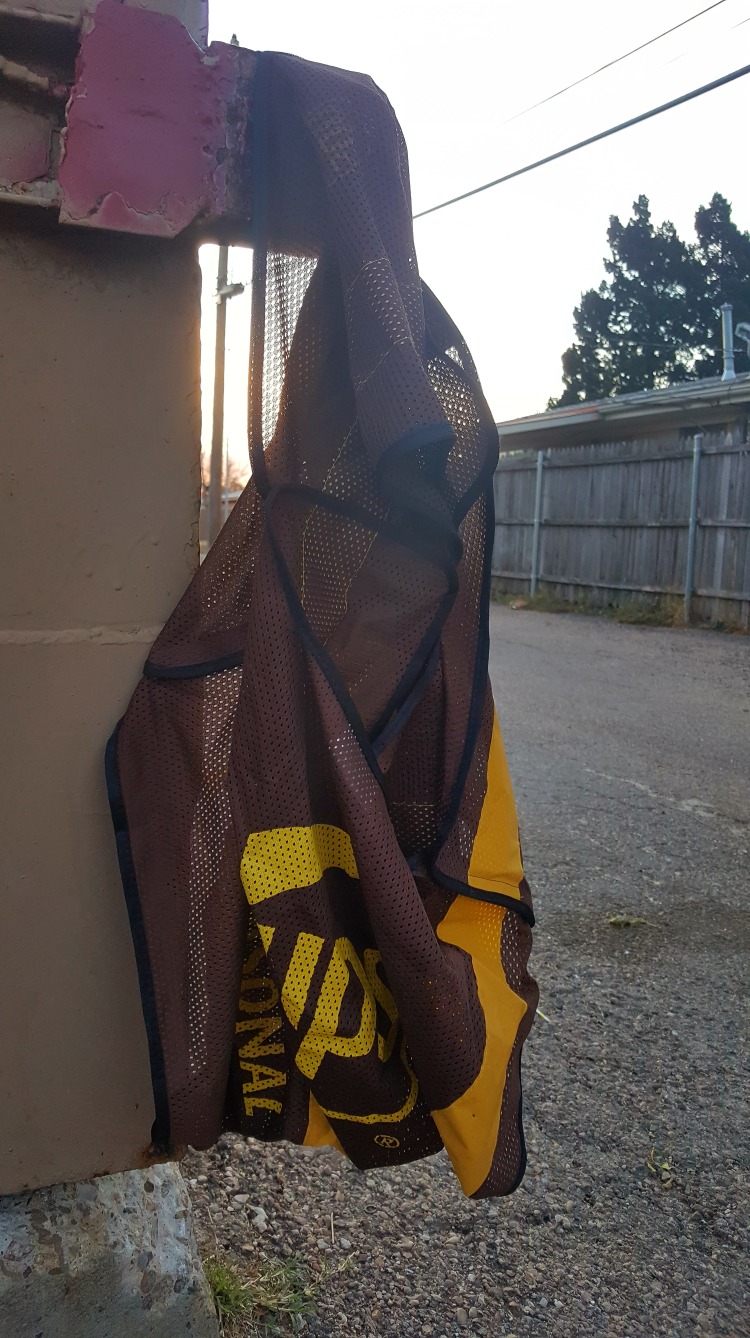 There are creatures in this world who mimic useful, everyday objects in the hopes that some hapless animal or person will stray too close, or pick it up, and become the mimic’s next meal. I nearly made the mistake of picking up this UPS vest. For what UPS worker would just leave a work uniform hanging on a dumpster? Curious.

It was alluring, attention-grabbing; soft brown and subtle yellow in the dawn light. Out of place enough to pique the interest of human prey. But as I reached for it, I paused. Swallowed the sudden dryness from my mouth as I turned my wide-eyed gaze on the dumpster itself. Only a UPS worker who’d had no choice would leave this behind. Probably one facing the first stages of digestion right now.

When I came back later, intent upon tossing my trash into the dumpster down the alley, I discovered that only my ordinary dumpster remained, UPS vest vanished. The mimic had moved on, it seemed, perhaps having decided that this area wasn’t good pickings after all.