Welcome to Word Nerd Scribbles, an author platform for S.G. Baker, where I bring you free flash fiction every week, book reviews bi-weekly, writing tips and author updates monthly, and connect you to my publications. Take a look at what I have to offer below, sign up for my newsletter, or get in contact if you would like a book review from me. Thanks so much for stopping by.

Weekly short stories about the whimsical and the weird. Catch the Hopeful Wanderer tales here or on Twitter and Facebook.

Bi-weekly reviews of the books I’m reading. Want me to review your book? Check out the contact form below.

Publication(s) in which my works appear. Sign up below for my monthly newsletter for news on future releases and more.

For all you story lovers out there, it’s time for a bookmark giveaway! Over on my Twitter, @wordnerdscribe, I’ve set up the giveaway thread. Make sure you check out the post for rules and deadlines. The deadline has been extended through the end of September, so get. on. it. Enter to win one of these […]

END_OF_DOCUMENT_TOKEN_TO_BE_REPLACED

Introduction The narrative of The Tangled Lands, written by Paolo Bacigalupi and Tobias S. Buckell, follows the separate but intertwined stories of a handful of people living in or attempting to leave the Blue City, so named for the blue fires whose smoke detects those who have recently used magic. Choked with bramble and briar, […]

END_OF_DOCUMENT_TOKEN_TO_BE_REPLACED

To keep up with future author updates, weekly flash fiction, writing tips, and book reviews, subscribe to my monthly newsletter!

Processing…
Success! You’re on the list.
Whoops! There was an error and we couldn’t process your subscription. Please reload the page and try again.

Interested in having me review your book? Get in touch.

I do not read these genres/categories:

Word Nerd Scribbles is an author platform for S.G. Baker, where she brings readers free flash fiction, book reviews, and writing tips, as well as opportunities to purchase her published works. 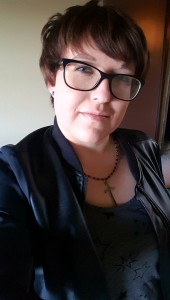